As corporates adapt to the new-norm and as cross-border business collaborations arise, we noticed more Saudi companies are now investing in vibrant emerging markets (EM), such as those represented by the ‘BRICS’ – Brazil, Russia, India, China, and South Africa. The comparative advantages in labor cost, natural resources, raw materials, growth prospects, and technology make these countries an investor magnet. But it also magnifies Foreign Exchange (FX) risk management complexities for companies accustomed to the relatively higher certainties of major currencies. In this bulletin, we will summarize the key characteristics of emerging markets currencies, recap the hedging hurdles and attempt to highlight the main risk management process differences when dealing with such currencies. For the sake of simplicity, we will assume throughout the article that the exposure is only to a single currency and that there are no offsetting / natural-hedging opportunities.

How is managing EM currencies different from major pairs?

When managing a currency risk exposure, it is necessary to understand its hedging dynamics and back-test how it would’ve historically performed under different hedging strategies. In addition to trading challenges (like low liquidity, derivatives market inefficiencies, counterparty, and country risk), dealing with emerging and frontier market currencies often means facing additional challenges like high ‘cost of carry’ and low predictive power.

Due to the high interest rates in emerging markets, forward contracts normally trade at relatively higher cost than major currency pairs. The below chart compares the cost of carry, measured by the spread between the 1-year forward rate and spot rates, for BRICS and the major pairs:

As shown above, the BRICS, to varying extents, have a higher cost of carry when compared to major pairs. Investment returns in BRL, for example, could be eroded due to the high ‘expected’ year-on-year currency movements.

The second challenge in managing emerging markets’ currency risk is the low predictability of future movements. Taking the sterling pound (measured by GBPUSD) and Russian rubble (measured by USDRUB) as an example, we backtested the ‘mis-realization’ spread between the 12-month forward strike and the realized spot rate (on contract expiry date) over the last 20-years measured by ((realized spot – forward strike)/forward strike):

As demonstrated above, the USDRUB mis-realization spread moved within a significantly wider range as opposed to GBPUSD. Such variations could weaken the forward rate as a forecast and budgeting tool for investors and ultimately inflate cash/value preservation hurdles. 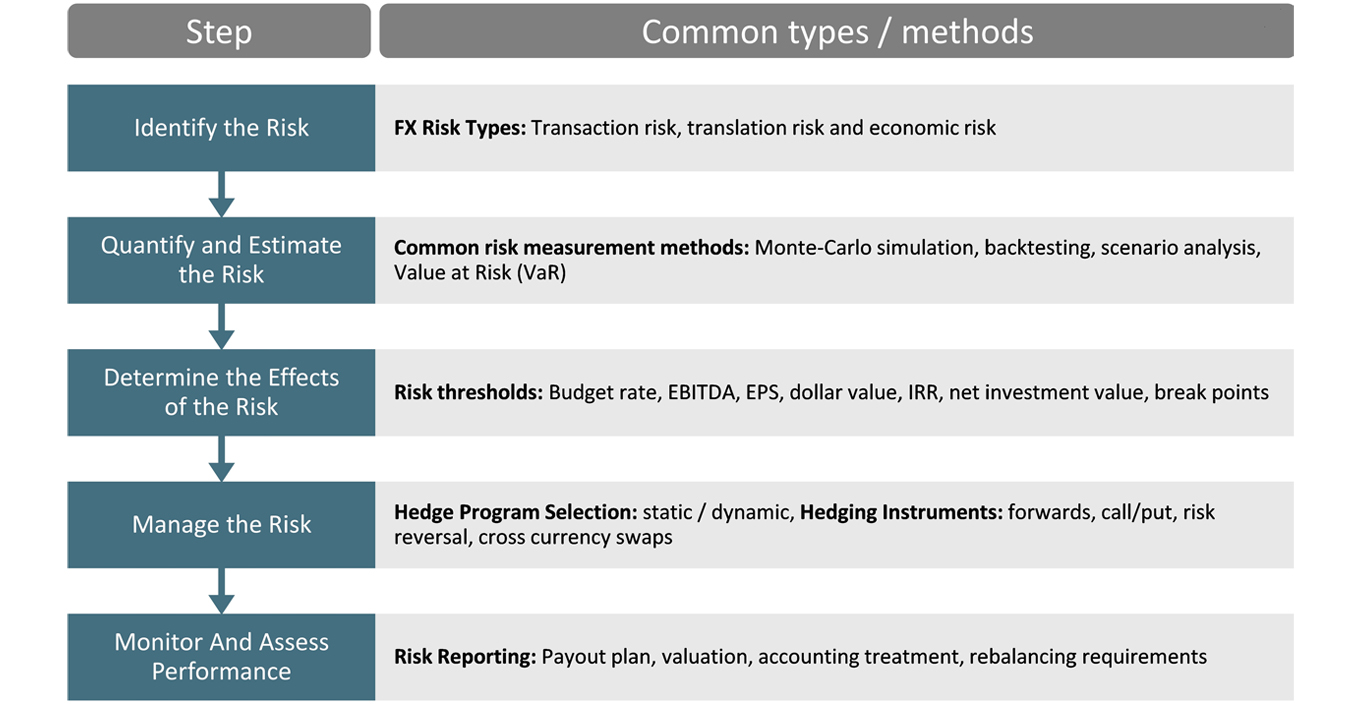 The main differences we noticed in managing emerging markets currency risk are as follow:

1- Risk Identification: considering the material impact of emerging markets currency, it is often analyzed at the early investment due diligence stages.

2- Risk quantification: given the low predictability we discussed, relying on a single quantification model is unadvisable. A hedger would want to stress the currency using various techniques and backtest it in stressed economic conditions (like previous devaluation episodes) to see how it would perform and if any ‘break points’ pop-up.

3- Risk Management Plan: it makes sense to consider reducing the cost of hedging by pushing strike rates beyond at the money levels, but make sure you are not jeopardizing your hedging objectives nor adopting an ‘open-ended’ risk profile. Moreover, try to understand how the selected derivative contracts are delivered and what execution margins will be charged to your entity.

Investing in emerging markets could unlock a bundle of comparative advantages but would increase currency risk management hurdles such as lack of certainty and high cost of hedging, thus, requires greater due diligence efforts as opposed to major currency pairs. Make sure you understand the inherent dynamics of the currencies in your portfolio, seek to deploy adequate risk quantification methods, and optimize a hedging strategy that meets your objectives without exposing your entity to an ‘impactful’ risk profile. 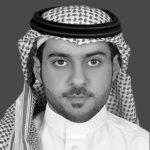 How Can We Mitigate Derivatives Misselling?