Is it the Time for the Blend & Extend Strategy?

Is it the Time for the Blend & Extend Strategy?

Most businesses around the globe are fighting the implications ofthe COVID-19 pandemic.Institutions have different priorities and objectives in acclimatizing and fighting for survival — not only now but also for similar future inevitabilities. Among various concerns currently facing treasury and finance managers would be to protect liquidity levels with the aim to withstand stressed business needs and capitalize on any opportunities that could provide an extra liquidity buffer.

While governments and central banks are pledging their support to help the stressed markets and businesses, one should look at various options to add safety measures to ensure business ontinuity and sustainability.

After the Federal Reserve action last March to lower interest rates to zero, SAMA followed suit and announced it was cutting both its reverse repo and repo rates by 75 basis points to 0.5% and 1.00%, respectively. The Saudi interbank interest rates (SAIBOR) and longer-duration swap rates have edged significantly lower.

From a hedging and market risk perspective, what opportunity do these developments offer? The emergency measures taken by central banks offered some corporates an opportunity to lock-in their
floating financing rates at the current prevailing levels via Interest Rate Swaps (IRS). While some corporates have the advantage of locking-in these low rates, others who already had outstanding hedge positions at higher rates can still capture the lower levels by implementing the “Blend & Extend” interest rate hedge strategy.

The underlying notion ofthe Blend & Extend strategy issimple and can be demonstrated in two steps.The first step is identifying the existing and relatively short-term Interest Rate Swap hedges that arenow a liability (carrying a negative fair value or Mark to Market). The second step is extending these hedges beyond the initial maturity date to take advantage of the lower swap rates.

Blending the existing swap with a new one under a brandnew longer-term swap would offer immediate relief on the cash flow outlays and amortizes the swap’s current negative liability over a longer duration. The lower swap curve offers the opportunity to merge the existing negative fair value with the new swap while obtaining a lower overall all-in swap rate.

For example, an existing Interest Rate Swap with a two-year maturity at 3.00% can be extended by an additional three years, and thus reduce the overall blended swap rate well below the current 3.00% rate.The fair value of the brand- new swap would still be the same (excluding the hedge execution charges).

However, its sensitivity to interest rate movements going forward would be higher due to the longer executed duration.

Given the shape of the prevailing interest rate swap market, the company can optimize its interest rate cash outflow by choosing the duration that offers the most annualized interest cost alleviation. Solving for the appropriate extended duration would offer an economic benefit and better assist the company in reducing the immediate pressure on liquidity. Moreover, extending the swap delivers more certainty and visibility on the interest rate payments, given that the new hedge protection spans more years.

While some corporates have the advantage of locking-in these low rates, others who already had outstanding hedge positions at higher rates can still capture the lower levels by implementing the “Blend & Extend” interest rate hedge strategy

Considerations Before You Execute

Despite how lucrative the Blend & Extend strategy appears to be, there must be careful considerations around the implications of such a strategy. First, if the company is applying hedge accounting on the original existing swap, then it would not continue to qualify for hedge accounting. This means that the current negative fair value must be recognized in P&L, and a de-designation event would occur. The new blended swap can be re-designated afterward, albeit the hedge accounting process gets more complicated technically when compared to a stand-alone new swap.

For hedge accounting consequences, the company should clearly understand and decide on the tradeoff between the liquidity relief arises from the lower blended hedge rate (economic advantage) and the upfront loss recognition of the swap’s fair value (accounting burden).

Another crucial consideration is the hedge execution angle. The pricing transparency becomes less apparent when blending an existing swap with a new one, primarily because the existing
negative fair value would be embedded within the new swap at an off-market rate.

The company’s objective should determine whether the Blend & Extend strategy is suitable or not by looking at various risk aspects (strategic, operational, market, liquidity, and others). Therefore, different firms employ tailored strategies to meet their objectives. For that reason, the internal interest rate hedging policy should serve as a critical input to address the suitability of such a strategy.

Despite how lucrative the Blend & Extend strategy appears to be, there must be careful considerations around the implications of such a strategy 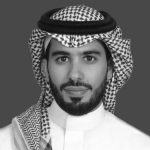 Building the Case for Hedging
Menu